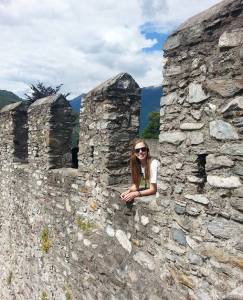 Kate is working on developing a technique to more accurately analyze fluid’s properties subsurface, which examines electrostatic effects at the micro/nano-scale.  She is hoping to apply this technique to also increase oil recovery efficiency in tertiary recovery.